In the space of just one recent edition of BBC Radio 4’s flagship lunchtime news programme The World at One, we heard interviewees commit three “cardinal sins”.

Appearing on a programme like that is an enormous opportunity – a chance to reach a healthy chunk of the 11 million listeners the channel has each week.

But all too often interviewees assume that because they know a lot about the subject of the interview – after all, that’s why they’ve been invited on – that’s enough. They know what they want to say, but probably don’t think about what the audience wants, or needs, to hear.

Indeed, it’s because the interviewee knows so much, it can be much harder to present that knowledge on the spur of the moment in a style and language that the vast majority of isteners will understand. 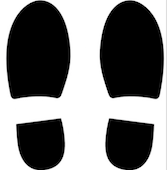 And this probably explains why we heard the following “interview errors” in that one recent programme:

JARGON: the interviewee talked about “footfall”. The people coming into a shop are not “footfall,” they’re customers. “Footfall” sounds aloof and out of touch.

INTERRUPTING THE QUESTION: don’t ever anticipate the question and start talking before the journalist has finished asking it – you have no idea how it’s going to end and the extra second or so will give you time to really consider your answer.

“GOING FORWARD”: this is a dreadful “filler”. It has no place in a media interview. It wastes time and probably annoys the audience. Imagine the sentence, “Going forward, we will introduce a new timetable”. The phrase “Going forward” adds nothing. The future tense does all that’s required.

So, if you’re going to be interviewed by the media, remember, unless you’re a journalist too, it’s not your “day job”. The reporter is 100 per cent in their comfort zone, but you are not.

To make the most of it, every second – and there might be no more than 25 of them, if the journalist simply wants a soundbite – must count.

That requires proper preparation. And training.

The interview might only last 25 seconds, but its value could be priceless.

About the Author
Ann Bird has been a media trainer for 15 years, coaching delegates from Europe to Asia. Many have gone on to be interviewed on national and international TV and radio – including one who appeared on Sky News just hours after the training! Numerous delegates have also been interviewed by the world’s best known newspapers.
Social Share